In the great Nirvana teachings of the Buddha, enlightenment is clearly described. What is central to this enlightenment is one’s Buddha Nature, in other words, one’s true self. Another way of expressing it is the aspiration to become enlightened, which is often described by Buddhists as a seed, which with practice and devotion, will eventually ripen. Buddha Nature is in some ways a mystical phenomenon the Buddha had never mentioned in any of his previous teachings. He had clearly reserved it for this final moment as his parting gift. This is highly significant if we consider that among the enormous gathering of well-wishers present were highly trained and revered monks who had already attained enlightenment under the Buddha’s supervision. Naturally, they were perplexed by this revelation and found it difficult to correctly perceive their hidden Buddha Nature. The Buddha recognized that they had become arrogant and complacent.

To discover one’s hidden Buddha nature needs spiritual training and a spiritual master, so it is not possible for me to comment on this aspect of it here. In Esoteric Buddhism, the transmission of teachings from Master to Pupil is the central core, so it is not appropriate to try to render it in words in public. But the notion of Buddha Nature is I believe universally inspiring in this age of competition and cut-throat attitudes, when power-mongering is at its zenith across the globe. It can help us to re-connect with the Universe and humanity, to find confidence if we have lost it, and to shed the dry skin of arrogance if we have acquired it. I will try to express my image of it and how it figures in my daily life. But first, there’s a very famous story, which will speak to the unconscious mind as only story can.

‘Once there was a man – father, son and husband – who could no longer support his family due to loss of work. He had no choice but to go elsewhere to work, so he packed his belongings and left home causing his family great sorrow. He arrived in a new land, quite quickly found work and was soon able to send money home. He developed more and more trust with his employers, and eventually they gave him more responsibility, a house to live in, and opportunities to become wealthy. He enjoyed this new status and became wealthy providing for his family amply. But then he became arrogant, and one day made a mistake which caused his employers to lose all trust in him. His status vanished and he frittered his wealth away on drinking and gambling to find comfort. Finally, he was destitute having only the clothes on his back and no prospects, as he had lost all respect. He suffered, starving and sleeping rough, desperately searching for food and work, but not able to find any. In the end, he was forced to return home to his family, sick and weak.

One day, as he was recovering, his mother asked him what had happened, and he told her that he had lost everything through no fault of his own, and so had eventually given up searching. She smiled and went to bring his ragged cloak, which he had no idea of the significance of. Her fingers searched in the lining of the garment until they found some familiar stitches, which she quickly and carefully tore open, and there from the secret pocket, she brought out a tiny perfect diamond. He was so amazed that self-piteous tears welled-up and he sobbed. His mother said, “ My son, what you were searching for so desperately was close to you all along. You looked everywhere except inside your own heart. You need only that to live a contented and satisfied life, so look no further.” His mother has provided for him all along.’

This story has a very happy ending and teaches us that in our human lives, we have a tendency to look outside ourselves for what we need or desire, somehow either trying to be proactive in engineering happiness, or waiting for it to fall into our laps. But, like the jewel sewn into the man’s cloak, happiness is within us all along. It is hidden, submerged, or covered over with our ignorance and misguided way of living. Each spirit or soul made flesh in the universe is endowed with goodness and purity at birth, our jewel of pure love, our true nature, but it becomes contaminated by our ignorance, our false ideas of self, our self-enforced separation.

In my view, there are two aspects or stages to locating or uncovering one’s Buddha Nature: Firstly, it is our human potential, and if polished, like a tarnished gem, it will shine gloriously allowing all our unique talents and dreams to be manifested; and secondly, when it shines it will serve as a beacon for others who are stranded in spiritual darkness, enabling them to see the way to realizing their own potential, to locate their own gem sewn into their clothing. So, if we can accept that each human is different from the next, in appearance and in temperament, in terms of DNA and Karma, and accordingly has a unique mission in human life which no-one else can bring to fruition, then we can understand the importance of locating our own inner jewel and making it shine. This second stage is altruistic in that we shine for others so that the entire human family can find happiness and fulfillment in the bright light of our united future.

In practical terms, as is evident from the popular trends of meditation and going-beyond-your-mind philosophies in the secular world, we become attached to our thoughts, our desires, our self-image, so need techniques to detach from them to find a calm resting place. We need the courage to accept what comes up in everyday life in the full light of the truth unearthed by Shakyamuni during his enlightenment, ie. that life is the suffering of birth, sickness, aging and finally death. Once we accept the reality of this, no longer trying to deny it, then our spiritual challenge lies in how we deal with these eventualities. I believe that polishing our potential born of universal love enables us to accept everything and to live with pure unconditional joy.

There are two other facets of Buddha Nature which I will touch upon briefly here and develop in a later articles in this series. The first is ‘emptiness’ – a fundamental principle of Mahayana Buddhism – briefly cutting attachments with all transitory phenomena so that we can find our true nature. The second is ‘ever-presence’ – the strong belief that if we engage in the process of polishing our Buddha Nature for the sake of other beings, then our spirits or Buddha Natures will never perish, and the Buddha and our gurus will be with us always guiding and cherishing us. We cannot change what happens to us, but we can change the way we react to it. We cannot deny the reality or magically transform it on sight, but if our Buddha Nature is shining and we are on the way to recognizing that nothing in our lives is permanent except for unconditional love and all things invisible, then we can overcome anything! The mind is strong and clear and unattached to negative human emotions. If we enter into the process of polishing our Buddha Nature with purification, meditation and mindfulness, gradually we can change our destiny. I speak from experience, and from a desire that all beings embark on this path no matter what their faith or beliefs.

There is another important point behind the Buddha’s revelation in the final teachings about this hidden Buddha Nature. Throughout his ministry he had trained and nurtured many illustrious monks who had gone beyond all craving to Enlightenment, and in a state of deep grieving, they were assembled to say their farewells to their Master. Until that point, it had only been possible to follow the Buddha’s path and attain enlightenment as a monastic practitioner, renouncing everything in normal life. In addition, following on from Brahmin tradition in India at that time, only male aspirants were admitted into training. It was in the final teachings of the Buddha that he invited all beings, whether male, female, cleric or lay, to set about revealing their Buddha Nature. As imaginable, this was a further shock to his close disciples who had renounced everything to follow him, but it is of cardinal importance to the way Buddhism developed later.

In most religious disciplines, monastic and lay practitioners are separate. I believe the Buddha was warning that such discrimination should not be so, and that we can learn our best lessons from ordinary daily life, out in the world of humans, once we have got some control of our minds through constructive practice. Every day is an acid test of how we can maintain the shining condition of our true nature surrounded by diversity, temptations, and other beings consumed by ignorance and negative emotions in the thick of samsara. It is so vital that we are our true selves at all times so we can honestly interact with others and become a model fort hem, a beacon to help light up their spiritual darkness.

So, how exciting is it to realize that all sentient beings can polish their Buddha Nature and attain enlightenment in their own lifetime? The Nirvana teachings are the ultimate in unconditional love, and I believe that they demonstrate how essential such boundless love is at perhaps the most deteriorated time of human existence, ‘The Last Days of the Law.’ The Buddha knew that these teachings would be essential as the nightmare of samsara intensified.  I am so deeply grateful to my gurus, Masters Shinjo and Tomoji Ito, for devoting their lives entirely to the teachings of the Nirvana Sutra on 8th February, 1936, 78 years ago. They also could forsee the future, and insisted that ‘the time is now!’

Article 3 will be based on Emptiness, a central element to reaching the shores of Nirvana. 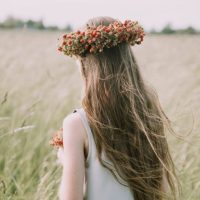 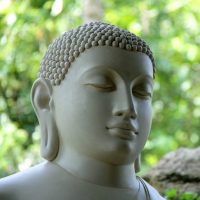 God is neither alive nor dead, but rather manifesting as activity in consciousness – transcending and transforming one's ordinary awareness